Xfinity Center will have a new look this season, and in case you forgot which state the Maryland basketball teams play in, the Gary Williams Court is here to remind you.

The sidelines are draped with the iconic Maryland state flag... pic.twitter.com/TghU6Crnj4

There's a lot more color on the sideline than last year. 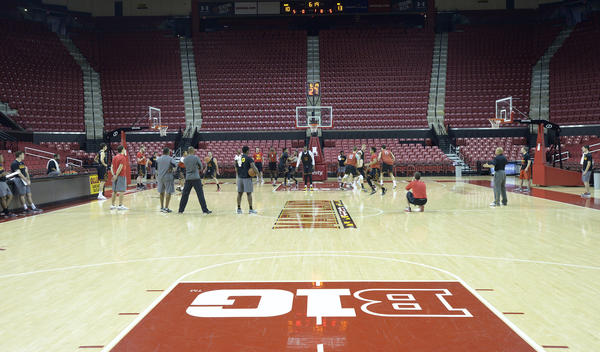 The move follows the football team's lead, which has had the Calvert and Crossland coats of arms at Byrd Stadium for a few years now.

Of course, nothing will ever match the pure, unadulterated Maryland-ness of these cleats, circa 2011. No point in trying, really.