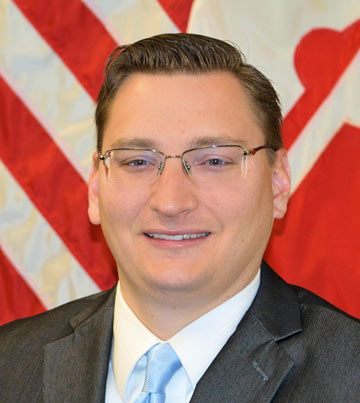 In His Own Words:
Proven conservative leader

Issue 1: Under liberal Democrat Governor Martin O’Malley, the Maryland General Assembly has raised more than 80 different fees and taxes. They have taxed everything from gasoline to the rain.
I am the only candidate for state senate in District 4 (Frederick & Carroll Counties) who has not voted to raise your taxes.
During my four years in the Maryland House, I voted against every proposed tax increase and supported numerous pieces of legislation to cut taxes. I have also signed the Americans for Tax Reform “No New Tax Pledge” promising as a state senator, I will vote against every attempt to raise your taxes.

Issue 2: Career politicians in Annapolis have increased the state budget by almost $10 billion over the last eight years. While my opponent has voted for five of Martin O’Malley’s liberal big spending budgets, I have always voted No. In addition, I am one of a handful of legislators in Annapolis who refuses to support earmark funding – even for my own county.
The out-of-control spending is what is driving all of the tax increases. We must get spending under control.

Issue 3: I believe strongly in Americans’ constitutional right to keep and bear arms. Misguided gun control laws only punish law-abiding gun owners instead of targeting criminals.
During my time in the Maryland House, I cosponsored right-to-carry legislation and always supported the right of law-abiding citizens to protect their homes and their property.
In addition, I was one of the leaders fighting against Governor O’Malley’s anti-Second Amendment legislation.
I am a member of the National Rifle Association and a life-long hunter. I am proud of my “A” rating from the NRA.