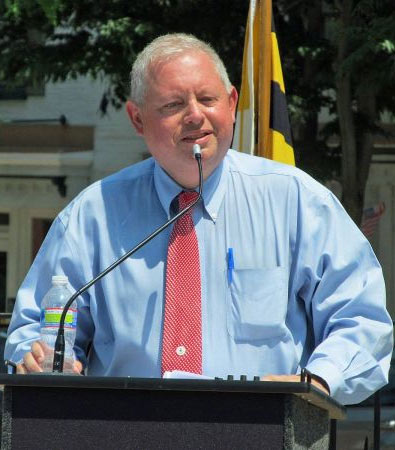 In His Own Words:
Time for new leadership in Annapolis

Candidate For: House of Delegates, District 5

Issue 1: Tax relief: The Rain Tax must go. The O'Malley/Brown administration has raised 70 different taxes and fees , while Carroll County had taken the opposite approach. In order to stop the tide of folks from fleeing the state, Maryland has to become more competitive in its tax and regulatory policy.

Issue 2: Gun grab: Why is it that states with the most severe gun laws have terrible gun violence statistics? Because law abiding gun owners don't commit crimes. Senate Bill 281 (the gun grab of 2012) must be repealed

Issue 3: Term limits: For far too long, it has taken a crow bar to pry politicians from the public trough. This is why I successfully fought for term limits for Commissioners, and is why I have taken a two term pledge in my quest for the Maryland House of Delegates.