The week after deadly violence at a white nationalist rally in Charlottesville, overnight Aug. 15 into Aug. 16 2017, crews working for the city of Baltimore removed four public monuments linked to the Confederacy. The surprise action, preceded by a vote by the City Council to deconstruct the statues, ended months of uncertainty surrounding the monuments. A year later, the mayor said that the statues remained in storage in "a pretty safe place" and that conversations about what to do with them were continuing with museums and Confederate cemeteries. Where the monuments formerly stood, the mayor previously said that markers explaining their historical significance and why they were removed would be appropriate. 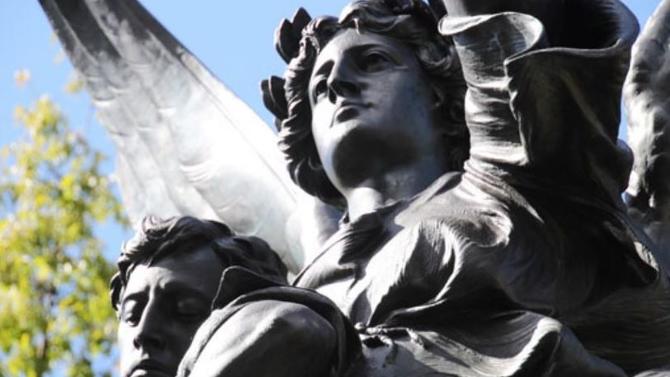 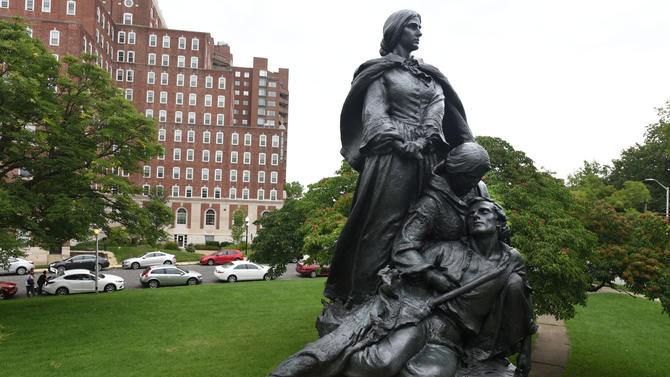 Dedicated in 1917, the privately and publicly funded sculpture by MICA instructor J. Maxwell Miller was part of an effort across the south to honor the sacrifices of Confederate women. Paid for by United Confederate Veterans, the Maryland Chapter of the United Daughters of the Confederacy, and the State of Maryland, it portrays a dying Confederate solider with a tattered Confederate Battled Flag and two women, one cradling him and another standing, peering into the horizon. Inscriptions include "The Brave at Home" and "In difficulty and danger, regardless of self, they fed the hungry, clothed the needy, nursed the wounded, and comforted the dying." 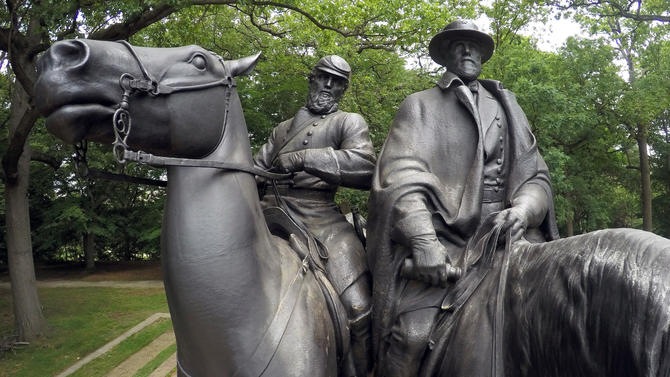 Dedicated in 1948, the bronze statue depicts Robert E. Lee and Stonewall Jackson atop horses before the Battle of Chancellorsville, Virginia, which, despite Jackson's death, came to be viewed as one of Lee's greatest victories. The monument was paid for through the will of banker J. Henry Ferguson, who died in 1928 and for whom the Confederate generals were childhood heroes. Sculptor Laura Gardin Fraser, hired through a design competition, commissioned architect John Russell Pope for the base. Inscriptions include, "They were great generals and Christian soldiers and waged war like gentlemen." The tree-lined corner where the monument stood was rededicated as Harriet Tubman Grove in March 2018. 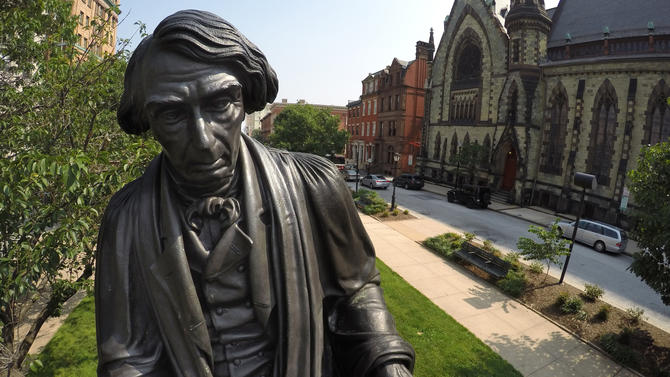 Erected in 1887, the sculpture of Supreme Court Chief Justice Roger B. Taney, a Maryland native, is a copy of one at Maryland's State House by renowned sculptor William Henry Rinehart and commissioned by William Thompson Walters, whose art collection became what's now the Walters Art Museum. Unlike the other monuments reviewed by the commission, the Taney statue makes no overt references to the Confederacy. However, Taney's authorship of the Dred Scott decision, which ruled that Congress couldn't regulate slavery and that blacks weren't citizens, has caused him to be linked with the Confederate cause.

More on Baltimore's Confederate monuments: Before and after | Removal photos | Podcast