Today’s the day the champion is crowned. No, we’re not talking about the NCAA men’s basketball tournament (though that’s happening tonight, too). We’ve finally reached the end of our Maryland beer battle.

For discerning beer drinkers, loyalty to a brand or specific brew can run as deep as an alma mater. So we created this March Madness-style tournament to determine Maryland’s best beer. (Note: No National Bohemian. While we appreciate it for sentimental reasons, it’s not brewed here.)

We started with 16 beers, and Heavy Seas Beer’s Loose Cannon and Union Craft Brewing’s Duckpin Pale Ale -- both No. 1 seeds -- were the final two standing. It came down to the wire, but ultimately Loose Cannon eked out the win with about 51.5 percent of the vote.

A note on our selection methodology: Just as there are well-argued gripes after the NCAA announces its basketball seedings — “Wait, what about so-and-so?” — we anticipate not everyone will agree with these choices, and that’s part of the fun. (Want to suggest a brew for next year’s tournament? Let us know.) There was no exact science to the seeding. We based our decisions, first and foremost, on overall taste, while considering aspects such as a beer’s popularity and staying power; color and mouthfeel; how it’s marketed and other factors.

So whether you’re celebrating Loose Cannon’s win or mourning your busted bracket, let's all raise a glass to Maryland craft brews. See you next March. 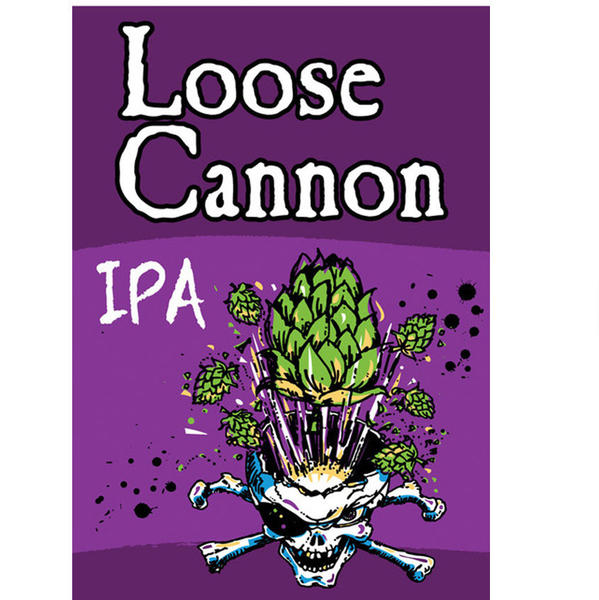 After a tested battle involving 15 other top beers made in state, Loose Cannon of Halethorpe’s Heavy Seas Beer has been voted the Best Maryland Beer for 2018 by the readers of The Baltimore Sun. The road for Heavy Seas’ flagship beer was not easy — topping Red Brick Station’s Something Red, Monument City Brewing Company’s 51 Rye and perennial contender Resurrection by the Brewer’s Art. Ultimately, readers sided with Heavy Seas’ most established beer to date, the fragrant and seriously hoppy American India pale ale in the purple can — Loose Cannon (7.25 percent ABV). The triple-hopped brew is the company’s best seller, and a single sip is all the explanation needed as to why. 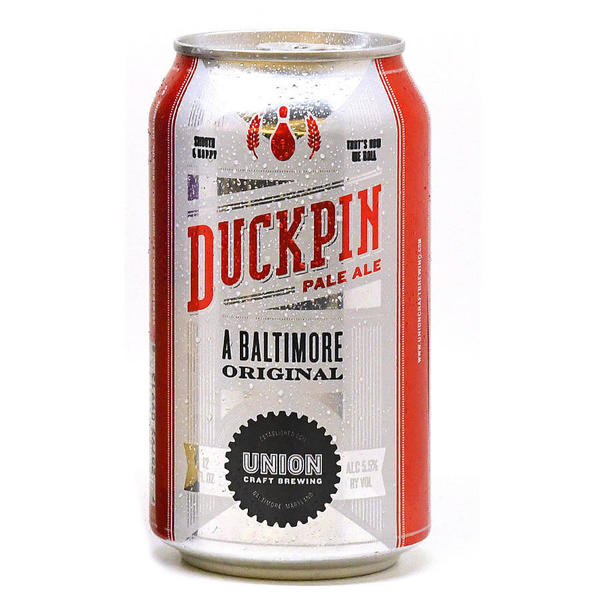 Union’s American pale ale (5.5 percent ABV) fell just short, but still had a memorable run. Duckpin punches with fruity zest on initial sip, and then quickly finds a balance between its malt backbone and interesting hop bill. (Its big flavor comes from a mix of Pacific Northwest and New Zealand hops.) As the tagline reads on every can of Duckpin, it’s “a Baltimore original,” and one we’re proud to call our own. 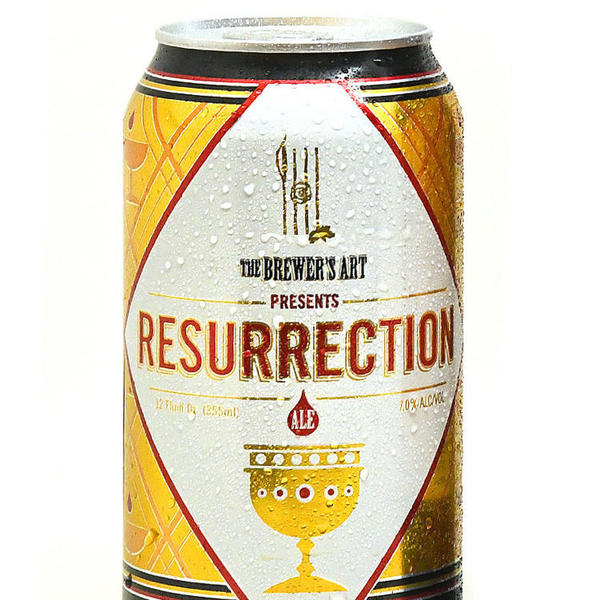 Resurrection, the city’s best-known abbey brown ale, is one of the brews local beer-lovers introduce to out-of-towners first. It’s flavorful and full-bodied, but works regardless of the weather or setting. 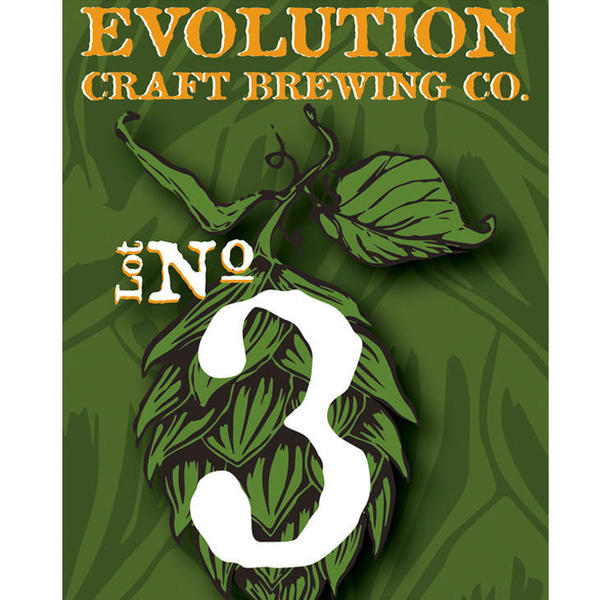 At Maryland beer bars, Evolution’s Lot No. 3 IPA from Salisbury has been a go-to American IPA for years. Its staying power speaks to its equilibrium of sweet and malt flavors. 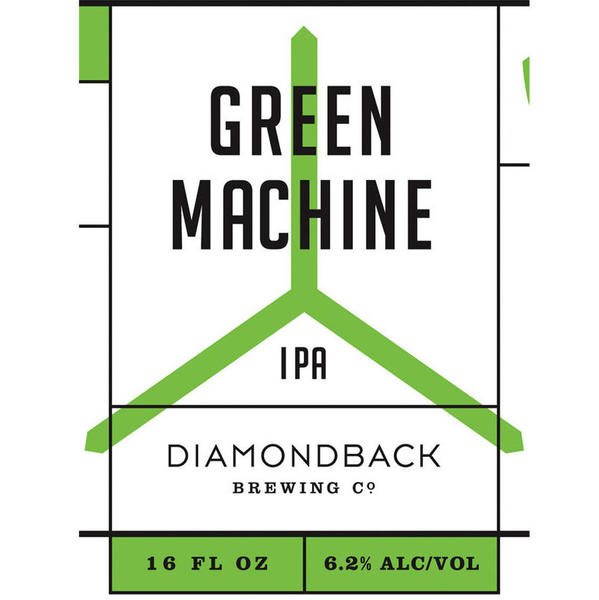 Diamondback’s flagship IPA makes its presence known, with a big, juicy burst of fruit notes like grapefruit and orange peel.

Flying Dog, Maryland’s largest craft brewery, offers a number of worthy contenders (hello, Bloodline), but its No. 1 seller with the in-your-face name remains our favorite. The Belgian-style IPA is complex, thanks to caramel and fruity notes that blend seamlessly. 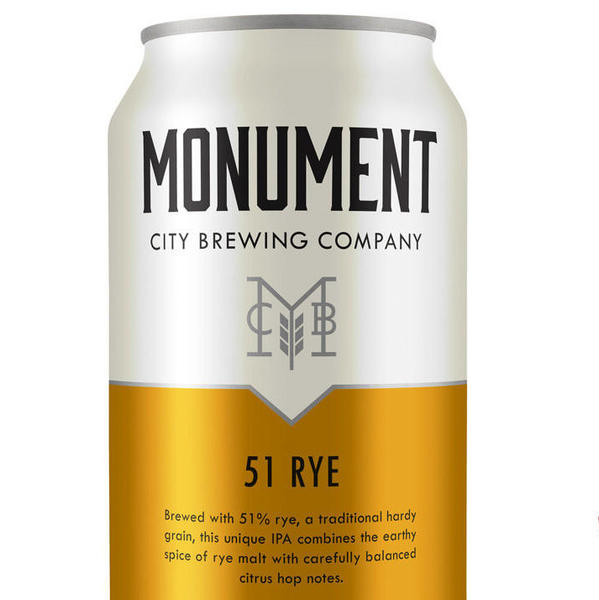 In a short time, Monument City has introduced itself to local drinkers as a welcome addition to Baltimore’s beer scene. Its flagship, an IPA made with 51 percent rye grain (hence the name), has a winning balance of spiciness and citrus notes. 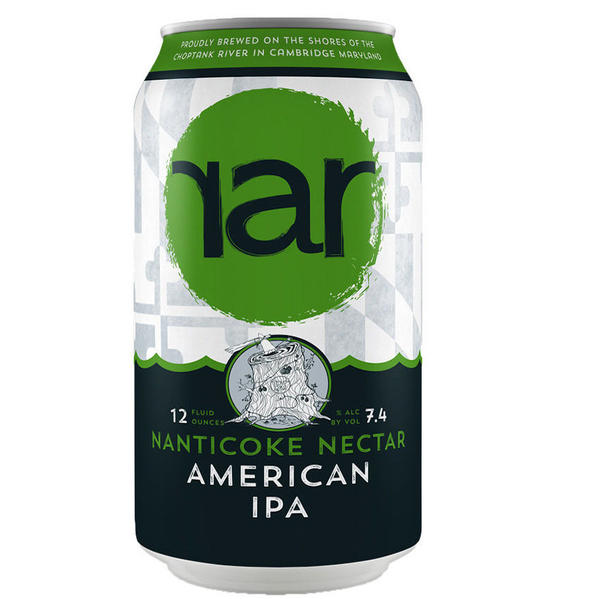 Eastern Shore brewery RAR’s West Coast-style IPA puts Citra, an intense hop, front-and-center so the resulting brew hits the palate with fruit notes first and then balances out with flavors of malt and caramel. 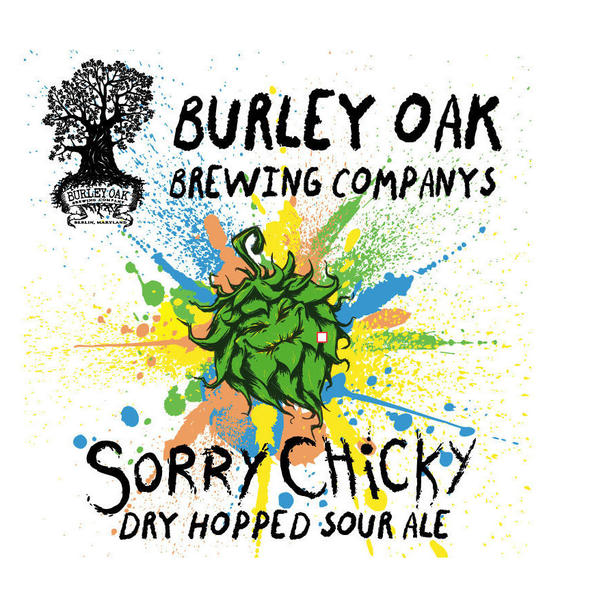 Burley Oak, the brewery in Berlin on the Eastern Shore, is a master of sour beers, and the dry-hopped Sorry Chicky refuses to tread lightly. Not for the faint of heart, this is a very tart — and very good — wheat beer. 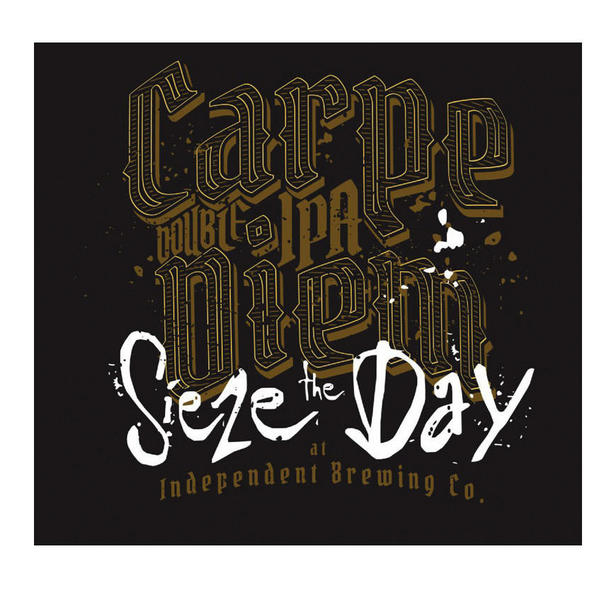 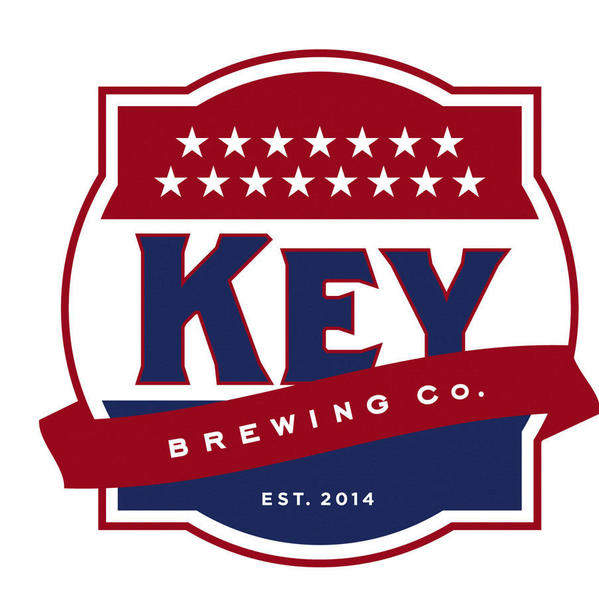 A relative newcomer, Key Brewing in Dundalk has become known for quality beer. Its rye porter stands out for its bold notes of chocolate and coffee. 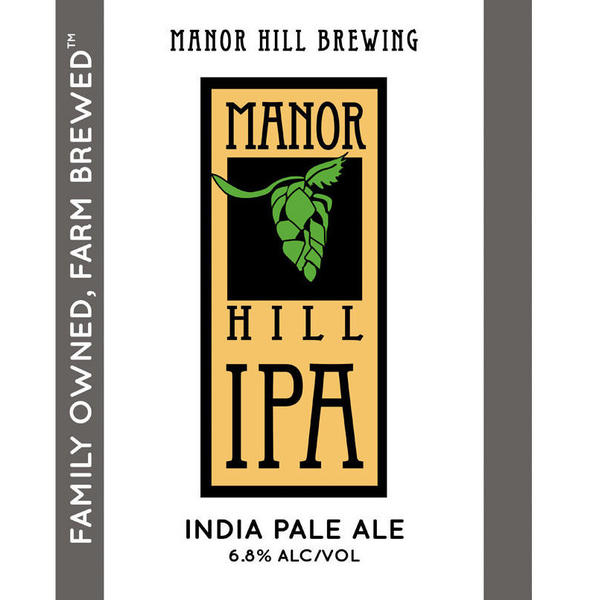 Manor Hill, the Ellicott City farm brewery, does IPAs right, and its flagship product illustrates its ability to craft an aromatic, full-bodied beer while showcasing the increasingly popular Mosaic hop. 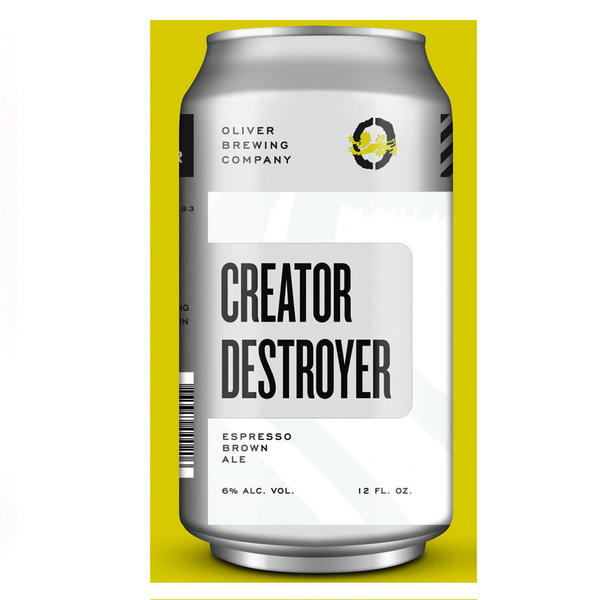 Creator/Destroyer feels particularly Maryland, thanks to the recipe’s use of Destroyer espresso coffee from Annapolis’ Ceremony Coffee Roasters. The final product is a harmonious nut-brown ale brought to life through its caramel and coffee notes. 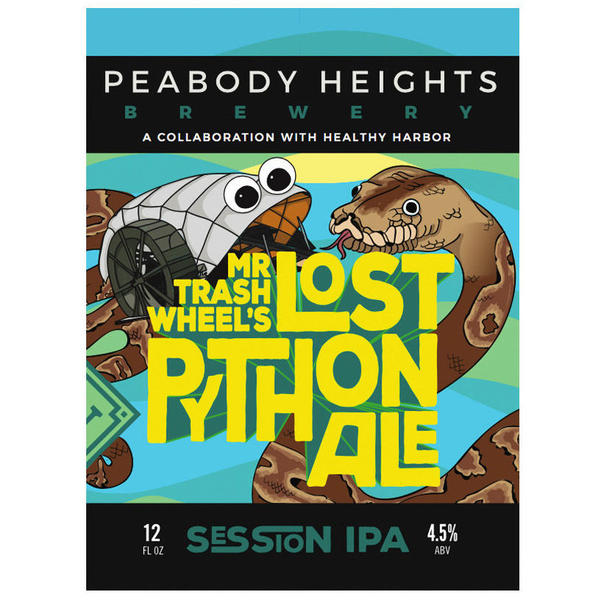 Peabody’s session IPA was created to aid efforts in cleaning up the Inner Harbor (and pay tribute to Baltimore’s favorite anthropomorphic water wheel). The Mr. Trash Wheel beer earned its spot, though, because of its bright, refreshing flavor and drinkability. 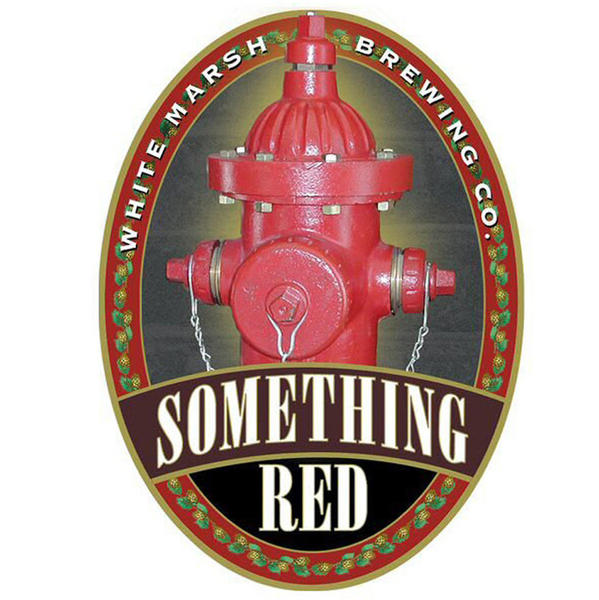 An award-winning beer from White Marsh’s Red Brick Station, Something Red is strikingly smooth and has a copper hue that turns heads..

Waverly’s New England-style ale goes down with ease, and seems best suited as a thirst-quencher, especially in the warm months.