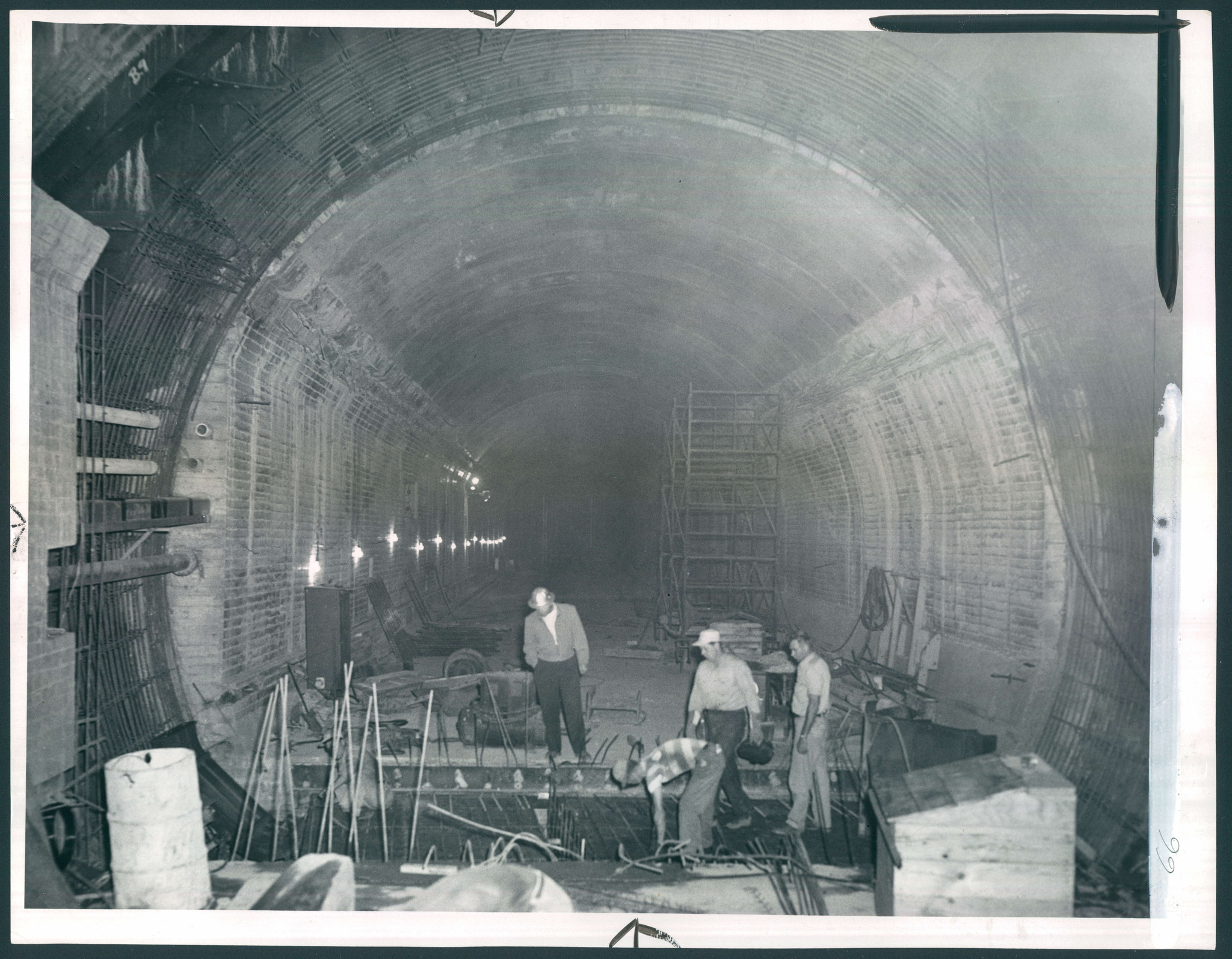 On Nov. 30, 1957, Baltimore's Harbor Tunnel opened. Pictured above are construction workers in the tunnel in 1956. (Baltimore Sun files)

Nov. 28, 1990: Margaret Thatcher resigned as British prime minister during an audience with Queen Elizabeth II, who then conferred the premiership on John Major.

Nov. 29, 1981: Actress Natalie Wood drowned off California's Santa Catalina Island in what was described as a boating accident; she was 42.

Nov. 29, 2001: Former Beatles guitarist, singer and songwriter George Harrison died in Los Angeles following a battle with cancer; he was 58.

Dec. 1, 1862: President Abraham Lincoln sent his Second Annual Message to Congress, in which he called for the abolition of slavery, and went on to say, “Fellow citizens, we cannot escape history. We of this Congress and this administration will be remembered in spite of ourselves.”

Dec. 1, 1955: Rosa Parks, a black seamstress, was arrested after refusing to give up her seat to a white man on a Montgomery, Alabama, city bus; the incident sparked a year-long boycott of the buses by blacks.

Dec. 2, 1982: In the first operation of its kind, doctors at the University of Utah Medical Center implanted a permanent artificial heart in the chest of retired dentist Dr. Barney Clark, who lived 112 days with the device.