More than 20,000 people in Maryland are in prison, with more than a third of them (7,795) from Baltimore City. That costs taxpayers more than a billion dollars annually, according to Justice Policy Institute and the Prison Policy Initiative.

In Sandtown-Winchester/Harlem Park, 458 citizens are in jail compared to three people from the Greater Roland Park/Poplar Hill neighborhoods.

The Justice Policy Institute and the Prison Policy Initiative's 2015 study, “The Right Investment? Corrections Spending in Baltimore City” reports: "Maryland taxpayers spend $17 million each year to incarcerate residents of Sandtown-Winchester/Harlem Park. This community faces extraordinary challenges around educational attainment, housing, and addiction. Seven percent of the children in this community have elevated blood-lead levels—a critical indicator of substandard housing and a cause of negative outcomes for young people. By contrast, 47 of Baltimore's 55 communities reportnot a single childhaving elevated blood-lead levels.” (Karen Houppert) 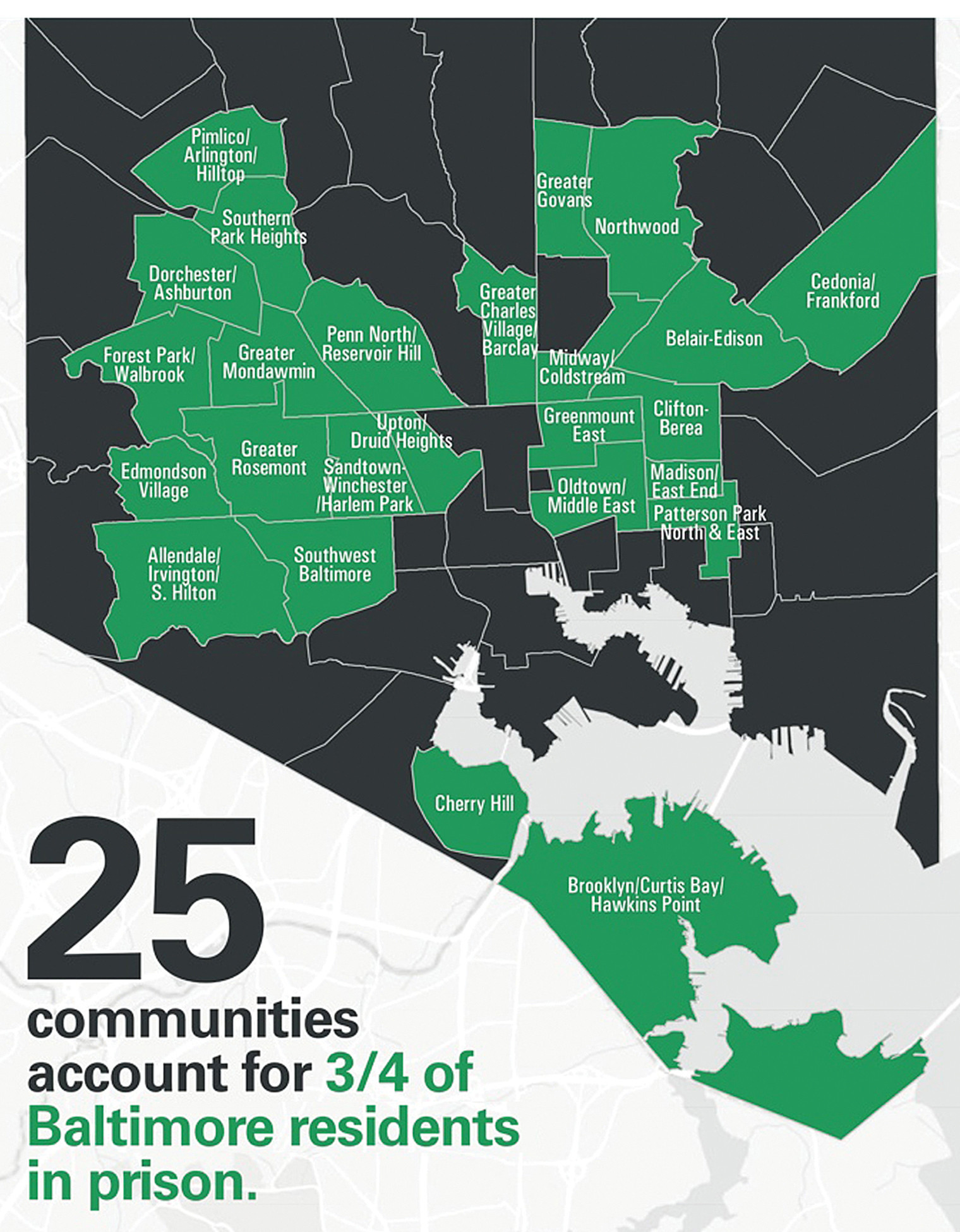 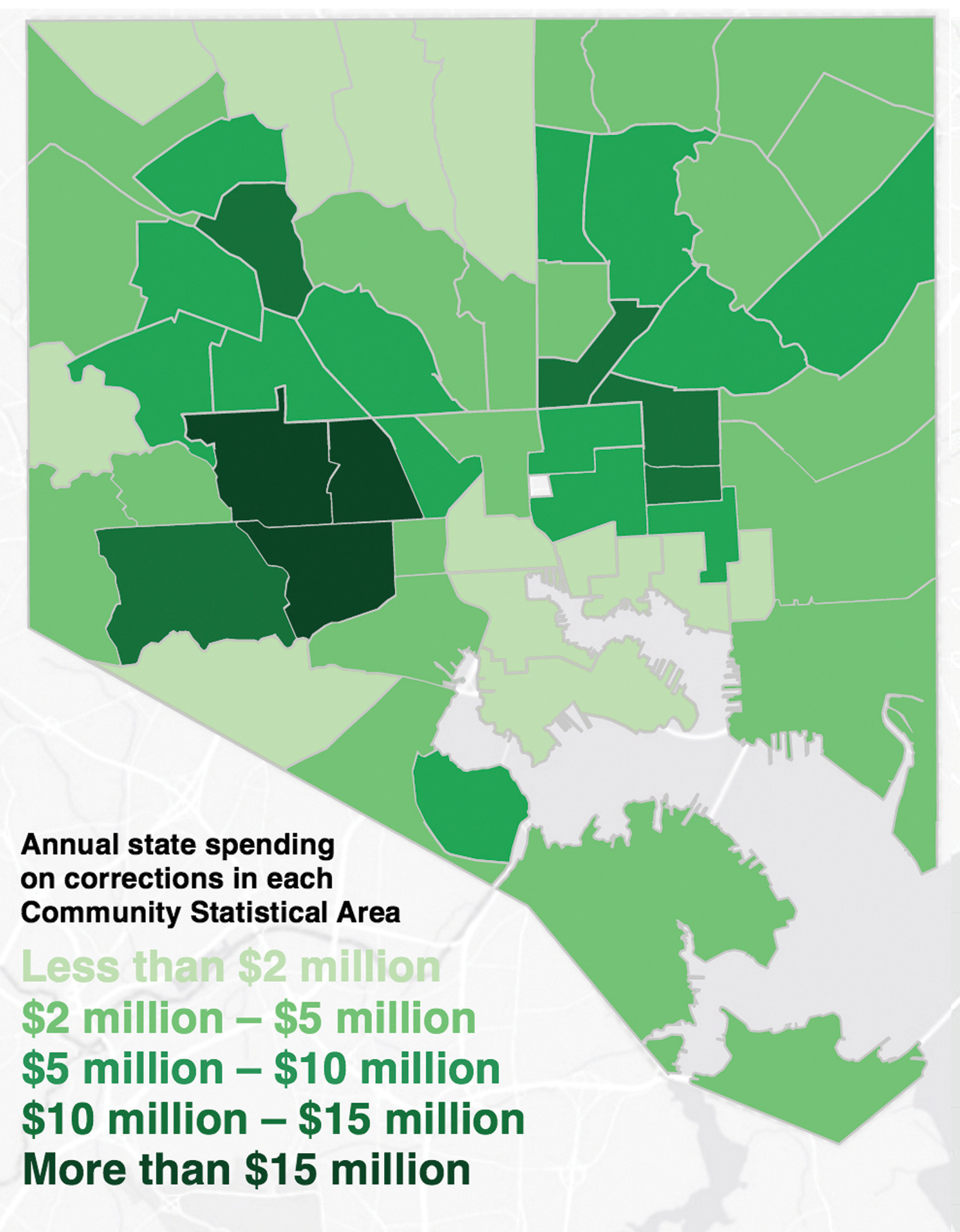