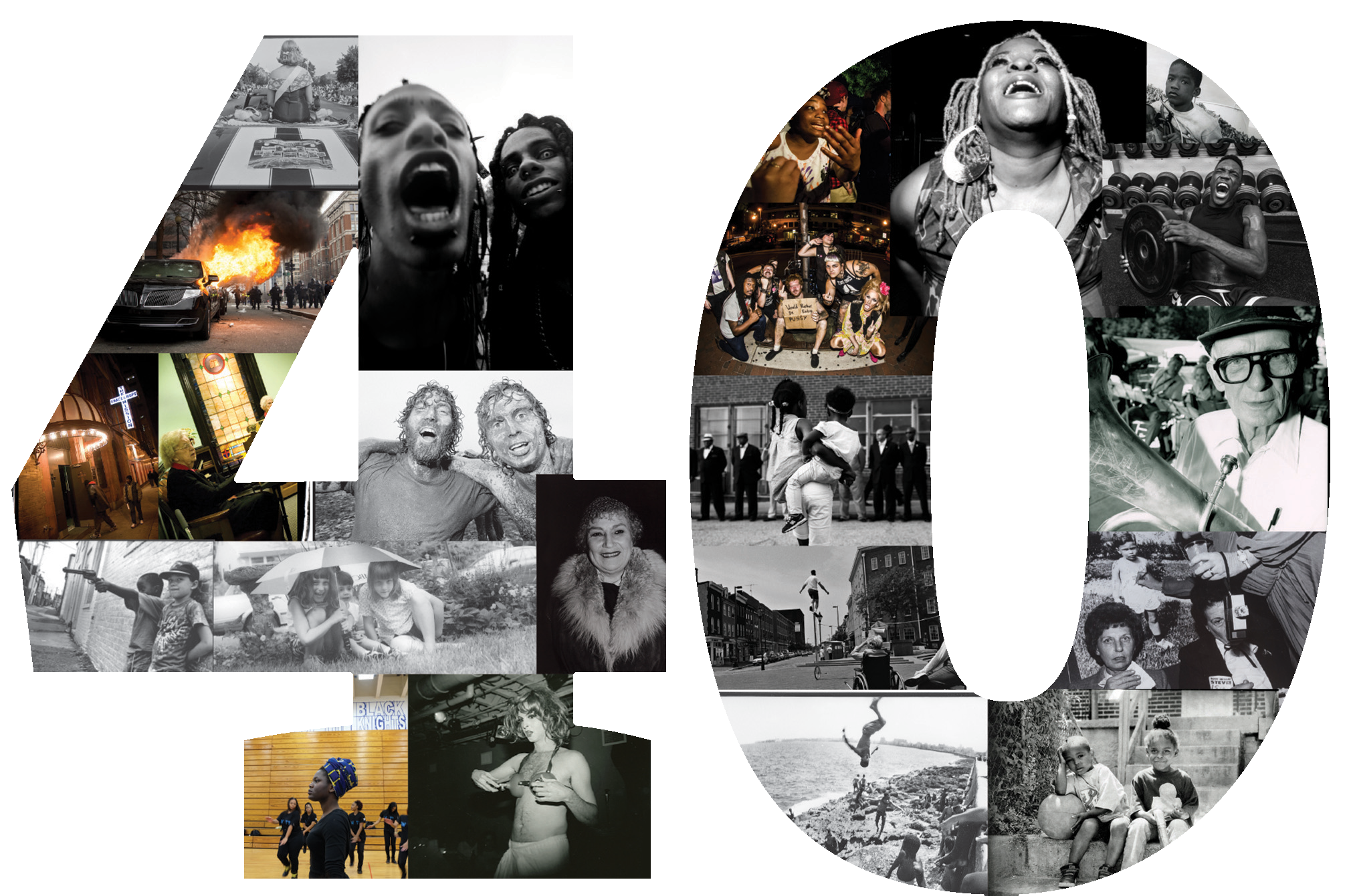 About a minute into Netflix's new serial documentary "The Keepers," journalist Tom Nugent, in a too-big gray sweatshirt, his hair a little messy, digs around his attic, turning boxes on their side, pulling up notes and flipping through files and all the other old things that made up the stories he cranked out over the years. Oh, there it is, he declares—his 2005 Baltimore City Paper story "Who Killed Sister Cathy," about the 1969 murder of a Baltimore nun, Cathy Cesnik. Nugent modestly calls his piece "a 6,000-word monster review of the whole thing," and it is, in many ways, the basis for "The Keepers."

Nugent returns throughout "The Keepers" too, his story and his thoughts woven through the whole seven-hour series, almost like some kind of firm-but-fair and occasionally even genial narrator. It seems like an apt metaphor for City Paper's legacy: As the voice agitating an issue, holding onto it and pushing it so that others, who may look better in a tie and a button-up shirt or just more couth, can pick it up and move it along further down the line, often with more resources (and usually with way less voice and style).

In these opening moments of "The Keepers" you also get a glimpse of the City Paper contributor past, present, and future. Here, a writer from City Paper's past back again to tell everybody what's what one more time; present because, well, here he is still plugging away, and I imagine everybody currently on staff and plenty of our freelancers see themselves in Nugent's tousled hair and far-beyond-business-casual attire and an "I've thought too hard about this shit" stare, at least a little bit; and future because this is where it all ends up for most of us journos, in the attic digging through the past, retaining a certain shabby nobility about it all because you played a small-but-significant part in a much larger story.

I'm thinking about all of this because City Paper Photo Editor J.M. Giordano and I have been digging through our past a lot lately in celebration of the paper's 40th birthday. The first issue of the paper arrived on May 27, 1977, back when it was called City Squeeze, started by Russ Smith and Alan Hirsch. The paper was smaller then—though, well, not too much smaller than it is now, we're getting lean these days, we know—but on its way to becoming the Baltimore City Paper, which it would be renamed in 1978.

I am not one for nostalgia. But that doesn't mean everybody else isn't, and it's probably healthy to look back proudly and reflect every once in a while, and that's what this issue is about. There is no way to contain the full history of the paper in one issue, and while we've been dropping stories from the past here and there this year, that won't exactly do it either. But Giordano and I thought that a curated look through the paper's 40 years via photos would be a good way to celebrate. So here you have photographers from every era of the paper's history, with works from Jennifer Bishop, Barry Holnicker, Jim Burger, Sam Holden, Jefferson Jackson Steele, Michelle Gienow, Josh Sisk, Joseph Kohl, Ben Cricchi, Christopher Myers, Brendan Foster Fieldhouse, and up to right now with Giordano alongside some of our young photographers doing astounding work: Reginald Thomas II, Audrey Gatewood, and Marie Machin. If your work was left out, just understand that there was limited time and space, and any and all omissions were only in service of the greater theme and vision of the issue: to try and highlight the scope and ambition of City Paper and, in particular, its photographers.

This is also a time to briefly consider the paper, and with it, the legacy of the alternative weekly. Here is what I said when I got this editor gig just last month, grabbing a few ideas from my colleague Baynard Woods, the only other person I know who thinks as hard as I do about what "the alts" are: "Alts are the model for how to cover when you're an underdog and you're denied access and you're bursting at the seams with an opinion and have a story to tell. I'd like to see City Paper as a model for how others should cover the news and politics and the arts, and as I've said plenty to anyone who will listen, the ways in which those things intersect—which is pretty much always if you think hard enough."

See, City Paper, like all the best advocacy-oriented publications, understands objectivity as a canard, gets the limits of the inverted-pyramid style of reporting, values storytelling with a touch of the literary, and embraces the idea that writing doesn't have to be narrative necessarily—it can be associative, too. And look man, all these reporter assholes scratching their heads wondering how we got to this point where Donald Trump is the president and oh golly, how'd we misunderstand this would be well-served to realize that a lot of it had to do with bending over backward to assuage this "objectivity" standard by any means. City Paper and its hard-working, endlessly creative staff keep on pushing, embracing a new kind of urgency in Baltimore post-uprising, amid Trump, while the city endures what seems like a particularly nefarious scheme from developers and outsiders trying to rebrand Baltimore and boot out a lot of what makes it great in some half-assed logrolling scheme to turn it into Seattle or some shit. No one else really writes about this stuff in this way, and that's less a celebration of City Paper and more an indictment of the rest of the media landscape here, but hey, I'll take it.

Then again, I'm the editor of this thing, and the conversations I have with past staffers and contributors and the instructive, encouraging emails from veterans and even those dick-ish Facebook comments from you old-timers have helped me realize that everybody thinks the paper peaked when they were pouring their heart into it out of love for the city and journalism—and yeah, that's the way it should be.

I'll let Giordano, who is probably a touch more sentimental and way less verbose than I am, take over from here. (Brandon Soderberg)

It started with Loose Shoes. The band, shot by David Porter in 1977 strutting on the stage at the Marble Bar was the very first photo on the very first cover of City Squeeze, which would become City Paper. Since the beginning, City Paper photographers like Jennifer Bishop, Barry Holnicker, and Joe Kohl covered subjects that the city’s dailies (yes, there were three until the late ‘80s) wouldn’t dare touch: sex workers, drag queens, the punk scene, and others who flew far below the radar of the city’s more “respectable” publications. In the '90s, the paper left behind the grimy days of the previous era for a more colorful palate ushered in by art director Joe MacLeod and a young group of shooters who didn’t give a fuck about norms and saturated, twisted, turned, chopped-up, used alternative processes, and overexposed the photos, which would define the paper’s image for the next two decades. Sam Holden’s gel lighting and developing methods, Jefferson Jackson Steele’s poppy portraits and Sizzlin’ Summer covers, Chris Myers’ split prints, and Michelle Gienow’s Diane Arbus-like eye combined art school creativity with documentary to re-define how we look at newspaper photos in the city. By now, at the beginning of the paper’s fourth decade, we’ve changed hands a few times, finally landing at the Baltimore Sun, and since then, City Paper has installed a photo intern program that’s allowed us to work with upcoming photographers such as Reginald Thomas II, Audrey Gatewood, and Marie Machin, all included in this issue. We’re not sure where we'll go next, but you can count on the paper to continue pushing its visuals to the next level. (J.M. Giordano)